Changes required for saving my own objects instead of just Strings

This time, instead of creating and saving Strings, I create and save Person objects. What is a Person object? Well it’s whatever I want it to be. I created it. I have given it just two fields: firstName and lastName, just to keep it simple, but obviously it could be arbitrarily complex (ie as complex as you like). You can only set the names of your Person object by passing Strings to the constructor, as you will see below.

In addition to creating the Person class, I have had to make some changes to all classes except the BasicApp class. A run-down of these changes is below, but you can also just compare the code with my last version if you like.

There is now an edit button on the main form. In the MainForm code it is referred to as button1 (very lazy of me, I know).

Look at the MainForm.button1ActionPerformed() code now.

Screenshots from the Application 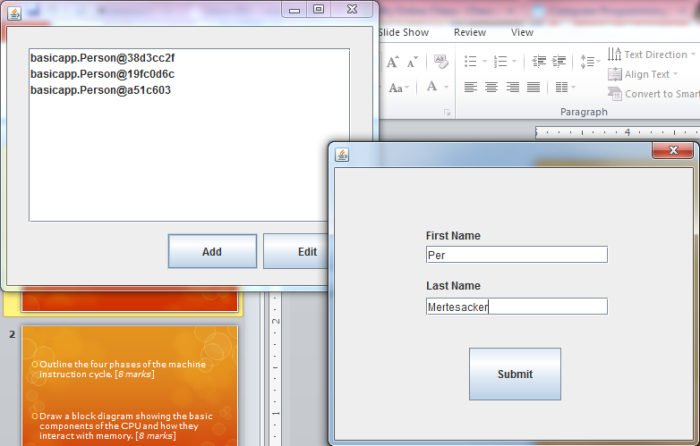